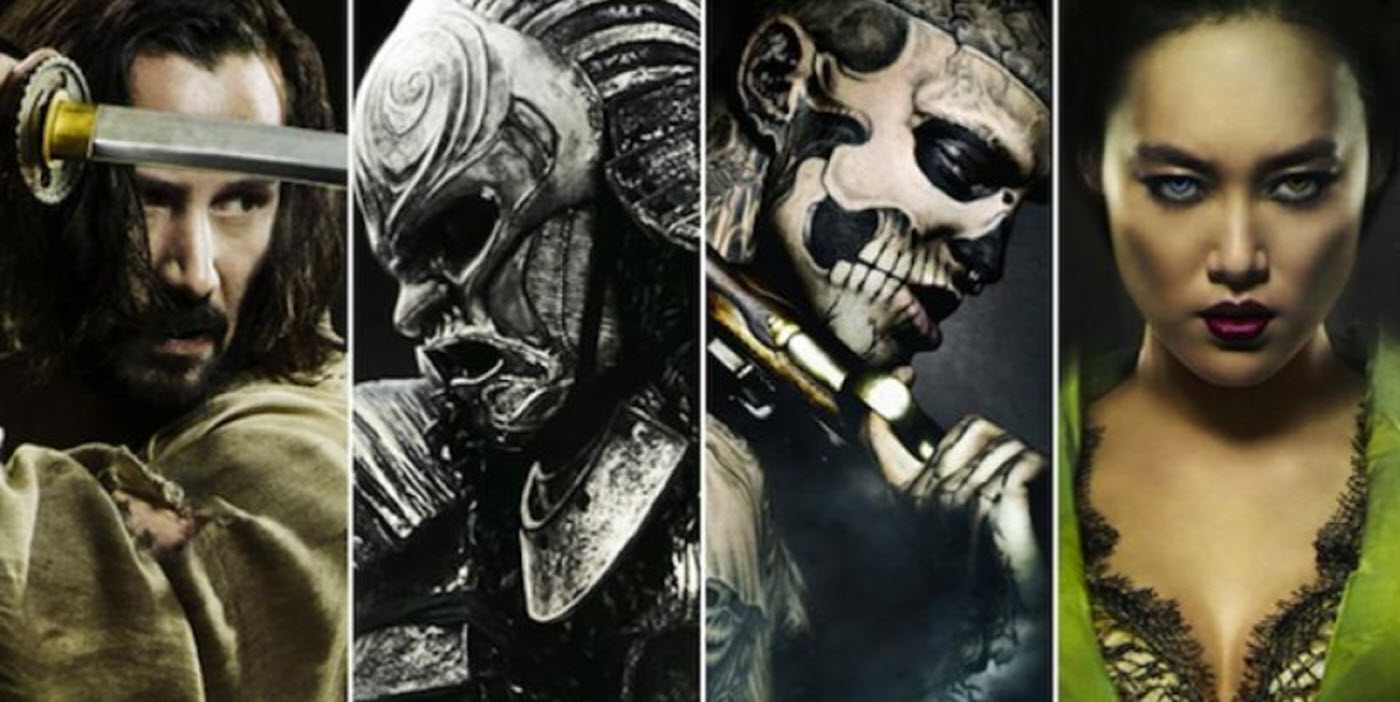 The 2013 movie 47 Ronin is a Hollywood fantasy epic distributed by Universal. Released in December 2013, this 3D period fantasy action-adventure film received generally negative reviews, although many critics praised the action sequences. The movie strays fairly far away not just from the actual historical 18th-century event but […]

The revenge of the 47 ronin has been the basis for many Japanese tv-productions, including everything from single episodes and mini-series to more extensive runs. One of the longer ones is the 52-episode television drama Daichūshingura (大忠臣蔵) which ran for the first time from January to December 1971, on the […]

Kana dehon Chūshingura (仮名手本忠臣蔵) is an 11-act bunraku puppet play composed in 1748, based on the 1701-1703 historical events known as the Revenge of the 47 Ronin. Kana dehon Chusingura is one of the most popular and most frequently played of all Japanese plays. The oldest known Chinese translation of […]

The movie strays fairly far away not just from the actual historical 18th-century event but also from the most famous Japanese plays depicting it. Among other things, the movie incorporates supernatural elements into the story by the addition of a shape-shifting witch as Lord Kira’s side-kick. Also, the Hollywood star Keanu Reeves has been shoe-horned into the plot as an Anglo-Japanese man who was adopted as a foundling by Lord Asano but now lives as an outcast in Asano’s territory, and is in love with Asano’s daughter Mika (i.e. his sister through adoption).

The movie had its world premiere in Japan on 6 December 2013, followed by a United States premiere on Christmas Day that same year.

The 47 Ronin movie grossed less than 152 million USD against its total budget of 175 million USD, making it one of Hollywood’s biggest box office bombs of the year and leaving Universal deeply in the red for 2013.

In 2014, 47 Ronin was released on DVD, Blu-ray and Blu-ray 3D by Universal Pictures Home Entertainment. 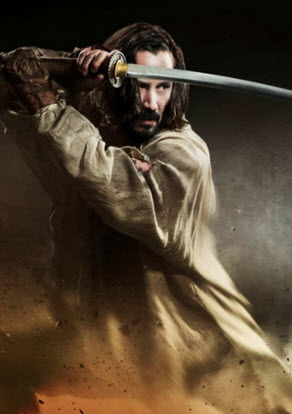 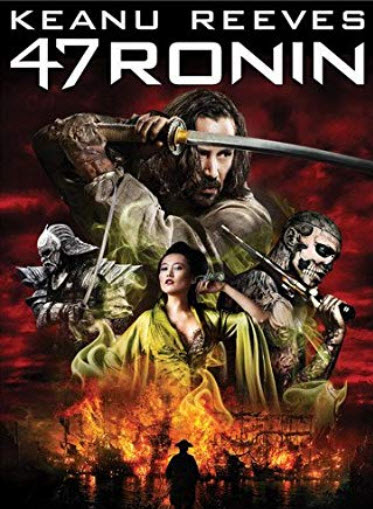 47 Ronin was the directorial debut of Carl Rinsch, who was provided with a huge production budget despite having no previous feature film experience.

The film was first announced in late 2008, when Keanu Reeves had been attached to star. Two years later, the studio revealed that the movie would be produced and released in 3D. Filming started in March 2011, in Budapest, Hungary.

Scenes were filmed first in the Japanese language since a majority of the cast were Japanese, and then filmed again in the English language.

The re-shoots in London were delayed by the 2012 Summer Olympics and the filming of Keanu Reeves directorial debut Man of Tai Chi, but could finally take place in August 2012.

In late 2012, when the film had reached the editing stage, Universal removed Rinsch from the project and the Universal executive Donna Langley took over the editing process. In order to increase Keanu Reeves presence in the film, a love scene was added, as well as a few extra close-ups and lines of dialogue.

The intended release date for 47 Ronin was 21 November 2012. It was pushed to February 2013 since more work was needed on the 3D visual effects and creative differences had emerged between Rinsch and Universal. The premiere was then moved again, this time to December 2013, to give time for the re-shoots and post-production.

The film had its world premiere in Japan on 6 December 2013.

Ronin is a slot developed by the game developer RTG. The slot is inspired by Ronins but not necessary on the 47 Ronins. It is one of many slots inspired by ancient China and Japan.   The slot is not very popular anymore and it can be very hard to find a casino that still features this casino. Among casinos that do feature this slot, you find free spins casino, bovegas, slotastic and Jackpot capital.

The slot is a fun to play retro slot with a progressive jackpot.  The progressive jackpot is not very large since so few people play this slot. The largest regular win is 40 000 times the bet.   The slot feature 3 lines and 5 reels. There are 20 different pay lines. The return to player is 97.5%. This is very good.  Most slot machines have a lower return to player.  The smallest bet is $0.01 and the largest bet is $100.

The slot is available to be played in both mobile and regular online casinos. However, the slot is developed using flash which means that many browsers will not allow you to play it.  Flash games are not secure.