The 47 ronin are famous for avenging their master Asano, but who killed Asano? The answer is that Asano was ordered by the shogun to commit suicide by seppuko, since he had assulted a court official in the Edo Castle. The ronin held the court official, a high ranking officer named Kira, responsible for this, and avenged their master by killing him.

On this page, you can read more about Asano’s attack on Kira, and Asano’s subsequent death through seppuko. 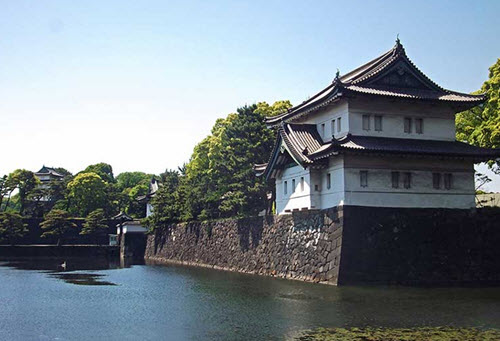 In 1701, two daimyōs (feudal lords subordinate to the shōgun) were tasked to arrange a reception for the envoys of the Emperor at Edo Castle. These two diamyos were:

Kamei and Asano received instructions on proper court etiquette by the powerful court official Kira Kozuke-no-Suke Yoshinaka. Soon, things went sour between Kira and the two daimyos. Accounts vary about why, with some suggesting that Kira got upset because he didn’t receive enough deference and compensation from the diamyos, while others say that Kira was a corrupt official and this offended Asano who was a devout Confucian. Whatever the underlying reasons, the situation got tense, and both Kamei and Asano felt insulted by Kira.

Kamei began preparing to kill Kira, but his counsellors averted this by discretely giving Kira a large bribe that made him treat Kamei better. (The counsellors knew that if Kamei killed Kira, they would all be made to suffer for it.)

Allegedly, Kira only changed his treatment of Kamei – he still treated Asano poorly since he had not received any bribe from that direction. When Kira called Asano a country boor with no manners, the straw broke the camel’s back and Asano attacked Kira with a dagger. The first strike injured Kira’s face, while the second missed and hit a pillar. This was the extent of the attack before guards came rushing in and separated the two men.

Asano is sentenced to death

Kira was not seriously injured in the attack, but that didn’t matter since even the act of removing your dagger from its scabbard in the Edo Castle was strictly forbidden. For this offence, and for attacking a shogunate official inside the shogun’s residence, Asano was ordered by the shogun to commit suicide by seppuku. Asano carried out this order and died.

Since Asano had discraced himself, his lands and goods were confiscated and his family ruined. His over 300 retainers became leaderless samurai – so called rōnin.