This slot game is set in ancient Japan and your job is to hunt down rouge ronins. For each task that you complete, you will be rewarded. This includes collecting clues about rouge ronin hiding spots, finding items that belong to them and confiscating their horses. Ultimately, you might succeed in capturing one or more rouge ronins. 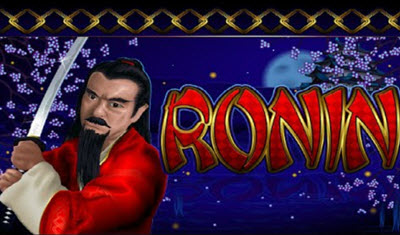 Some examples of the many special features that can help you along:

This is a 5-reel slot where each reel displays three symbols when it has stopped spinning.

You don’t need a big bankroll to enjoy this game, because the minimum wager is just $0.01 per round.

You decide how many paylines to activate, from 1 to 20.

This means that even if you want to activate all twenty paylines, you can still bet as little as $0.20 per round.

A ronin can go wild and cut through another symbol, which can be positive for you since the wild ronin can help you complete a winning combo. 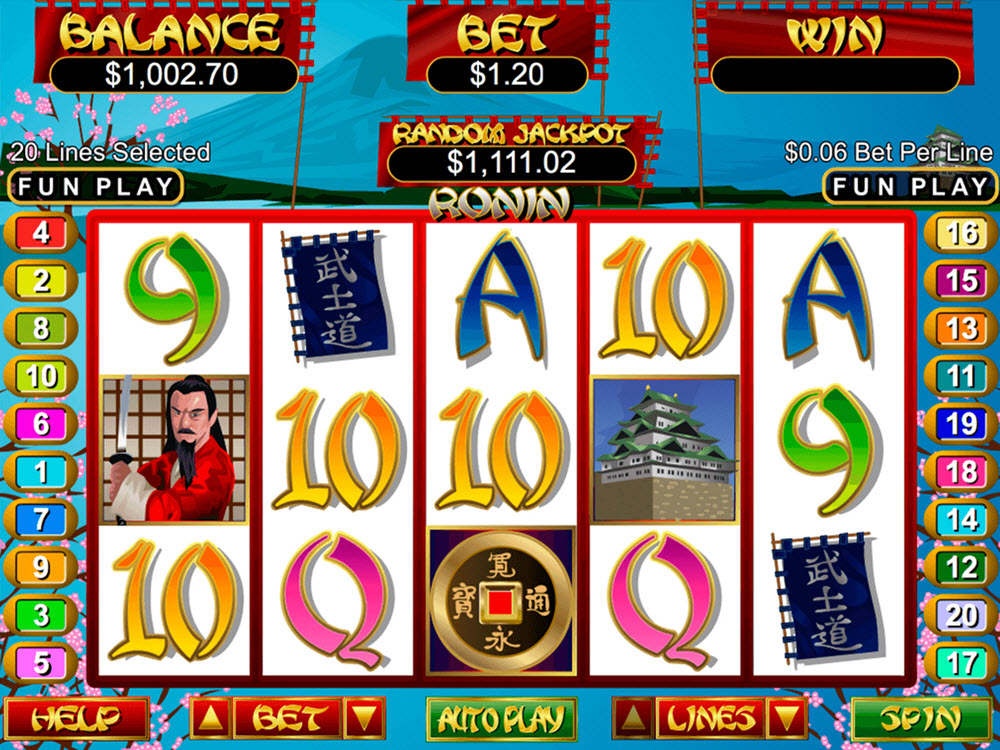 The wild koku symbol can appear on the third reel, substituting for another symbol.

If the wild koku is included in a winning combo, it will also act as a 2x win multiplier.

If you get four scatter symbol ronins, anywhere on the reels, you earn 20x your total wager.

If you get five scatter symbol ronins, anywhere on the reels, you earn 500x your total wager.

Two ronins and one koku is required to trigger any of the three bonus rounds.

The koku is a unit of volume. One koku is equal to 10 to. Converted to SI units, 1 koku is roughly 180 litres.

In feudal Japan, rice was measured in koku and the amount of koku produced by a feudal domain (han) determined the lord’s status at court. Under the Tokugawa shogunate of the Edo period (1603-1868), a feudal lord would no be considered a daimyo if his domain produced less than 10,000 koku of rice in a year. Back in those days, one koku of rice was considered enough to provide one person with rice for one year.

Many samurai were paid in rice, and their salary would thus be set in koku.